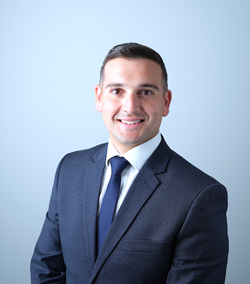 Brett was appointed to the position of NSW Construction Manager in 2019.

Brett commenced with Heyday in 2004 as a first-year apprentice electrician at the Westpoint Blacktown Redevelopment project.

In 2008 after the completion of his apprenticeship Brett moved into the Estimating Department for 3 years before relocating to the ACT to work with the delivery team on a large-scale government project.

Brett returned to Sydney in late 2012 where he took the role of Project Manager and delivered a number of large construction project such as:

Brett is responsible for the NSW Construction division. Behind him is a strong team in Engineering & Drafting and Project Managers.